Spring, One Year And The Next

Heading again towards shorter — 10 h now, 5 h in two months — and colder — +1 °C now, anywhere between -20 and +5 °C in two months — days, this post looks back at late Winter and Spring 2013 and 2014, and draws a comparison for snow cover, temperatures, and tree leaf development during the two years.

At latitude 63 degrees North, in a region with about a third of total area covered by water, temperatures can float around zero well into April. As a consequence, growing season is relatively short. The environment turns green only mid May with, however, a typical heightened enthusiasm, coming the +15 °C and more around mid May.

Things at latitude 63 degrees North can, however, be more exciting than the regularity suggested by Winter and Summer patterns overall.

The following pictures are for roughly the same spot. The one on the left was taken on March 11, 2013 and the one on the right on March 13, 2014; essentially one year apart. While mid March 2013 there was a lovely snow cover, mid March 2014 all Winter snow had already melted. 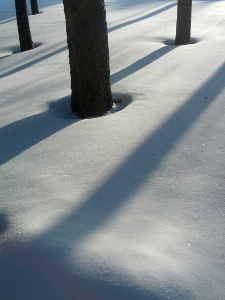 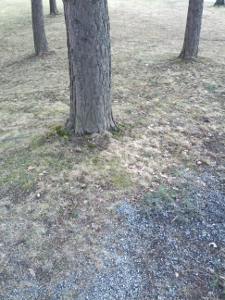 This is unsurprising considering March temperatures during the two years. 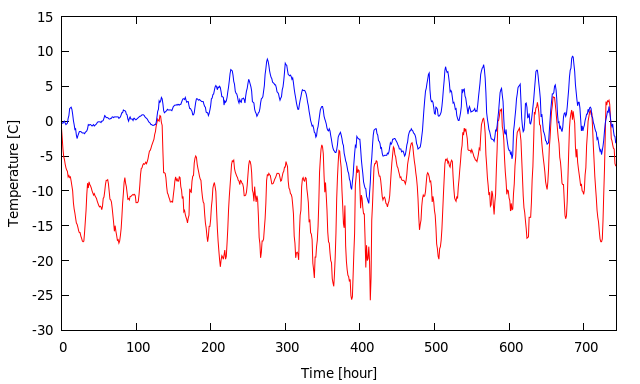 March 2014 was considerably warmer. No surprise then that the snow was gone by mid March, especially considering that the temperature during the second week of March was above zero during night and day, peaking at +7.4 °C on March 10, 2014 at 11 am. (Note that we had permanent snow cover in 2014, though snow depth was less than 2013.)

The relatively warm March 2014 also meant earlier melt of lake ice cover. I did not take notes for when lakes were first ice free during the two springs but I would argue it happened roughly two weeks earlier in 2014.

What happened? The first three weeks of May were considerably colder in 2014.

Following the relatively colder March 2013, and with Winter 2013 pushing its subzero March temperatures into April, the trees reacted to the May 2013 warmth with such enthusiasm to make up for the headstart the ecosystem had in 2014.

A good dose at the right moment can go a long way. 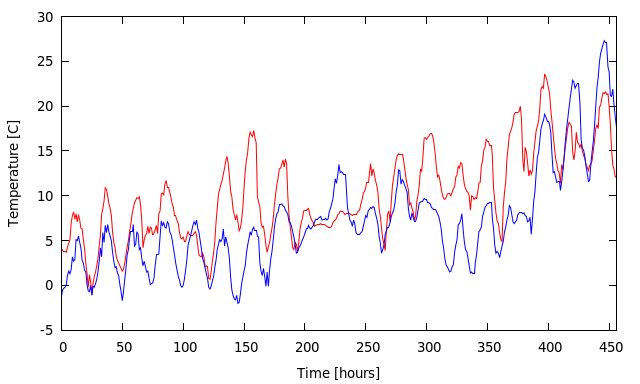 Historical temperature time series data was obtained via Finnish Meteorological Institute open data. The Web service is free for public use. In my opinion, the INSPIRE compliant interface is a jewel among the programmatic open data Web service interfaces for environmental data. Over the past years I have become a fond user of the interface. Kudos to FMI.